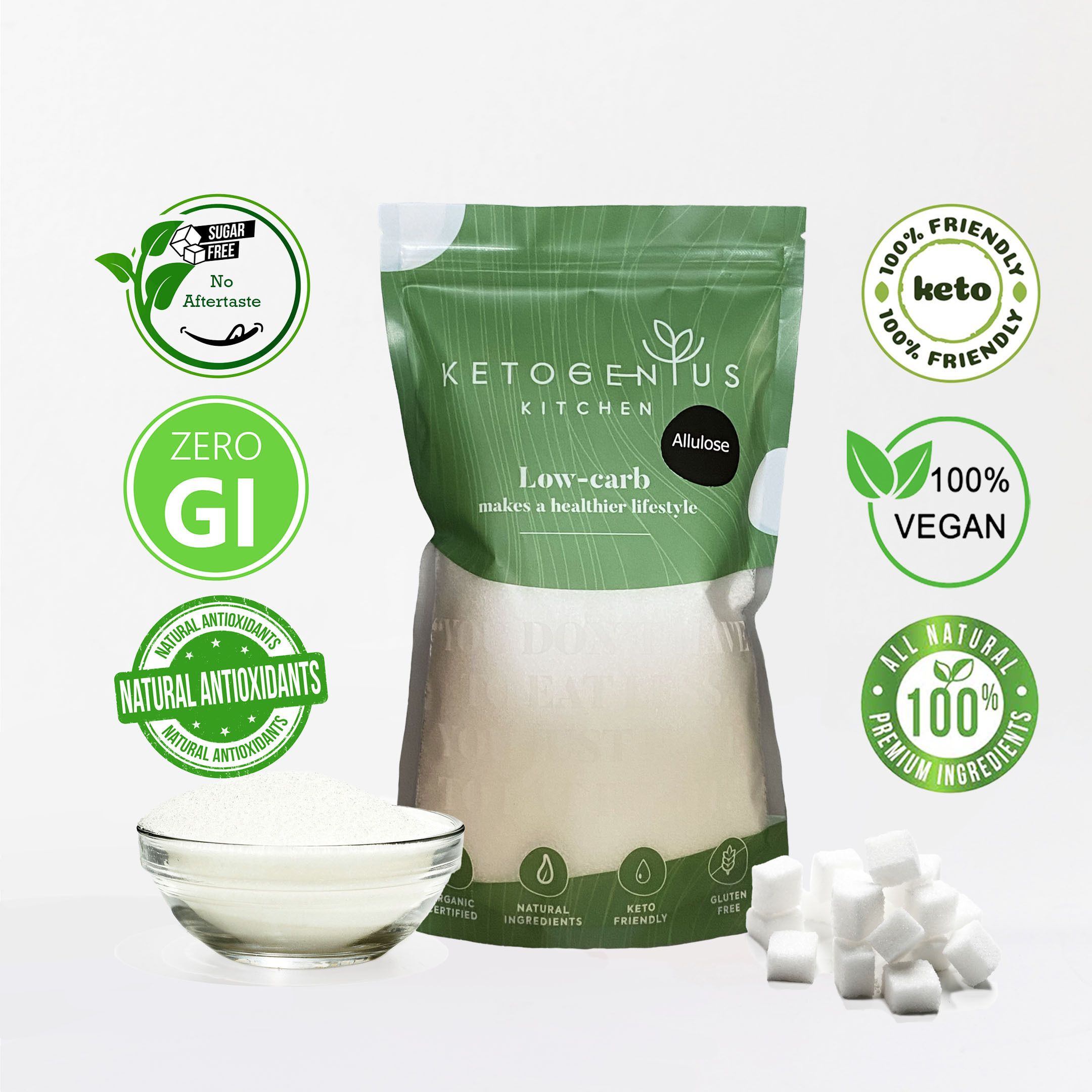 Allulose is a naturally occurring sugar found in fruits like raisins, dried figs and jackfruits. It appears in such small amounts that it's considered a "rare" sugar, according to the United States Food and Drug Administration (FDA).

Basic sugar (called sucrose) is the most well-known form of sweetener. But there are many other types of sugar that are in or added to foods. There are simple sugars, called monosaccharides, which contain a single sugar molecule. These include glucose, fructose, galactose, ribose, and xylose. And then there are disaccharides, which are two sugar molecules bonded together, like sucrose, lactose, and maltose.

Allulose is a monosaccharide. It has 90% fewer calories than sucrose, which makes it virtually calorie-free. In other word, Allulose doesn't have effect on blood sugars or an insulin response. They are also help to decrease in body fat percentage and body fat mass. So it's a good alternative for people with certain conditions like diabetes and overweight or people who are on keto diet.

Most importantly, Allulose is a favorable natural sweetener because it has a remarkably similar flavor to sugar, without any funky after taste. It's also about 70% as sweet as table sugar, so serves as a pretty simple sugar substitute, that you can trade spoon for spoon, while tapering your sweet tooth.

Check it out now: https://ketogeniuskitchen.com/collections/keto-kitchen/products/premium-allulose-natural-crystalline

Almond Butter vs. Peanut Butter: Which is Healthier?
Mar 09, 22

Investigation The Truth About Pasteurization
Mar 04, 22